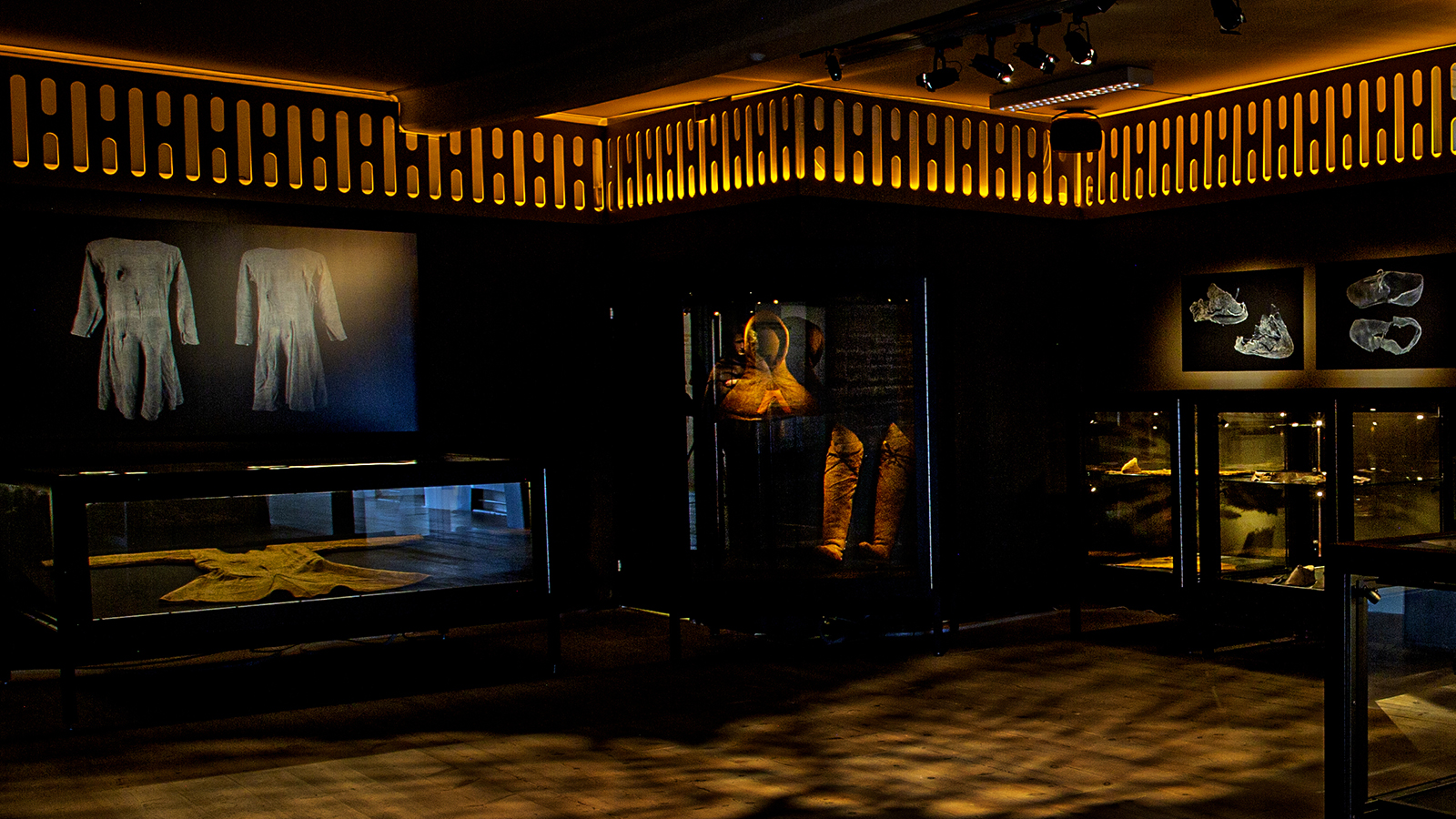 The Bocksten Man – The Exhibition

The Bocksten Man is one of Sweden’s most interesting finds from the Middle Ages. The man’s skeleton and his well-preserved 14th-century costume are completely unique objects. The unsolved mystery of the Bocksten Man’s fate and death fascinates visitors of all ages.

The Bocksten Man was found in Bocksten’s bog in 1936. The skeleton and costume have been preserved through the unique environment of the bog.  Research and conservation have been done many times since the find was discovered. The knowledge of the Bocksten Man is changing and deepening. The museum shares all this knowledge, while the find is displayed with dignity and respect for the man’s fate and death.

In the exhibition you will find out how the Bocksten Man was found by the children Thure and Gulli one summer day in 1936.

THE BOCKSTEN MAN – A UNIQUE FIND

PREVENTING THE BOCKSTEN MAN FROM BECOMING A GHOST

HALLAND IN THE TIME OF THE BOCKSTEN MAN