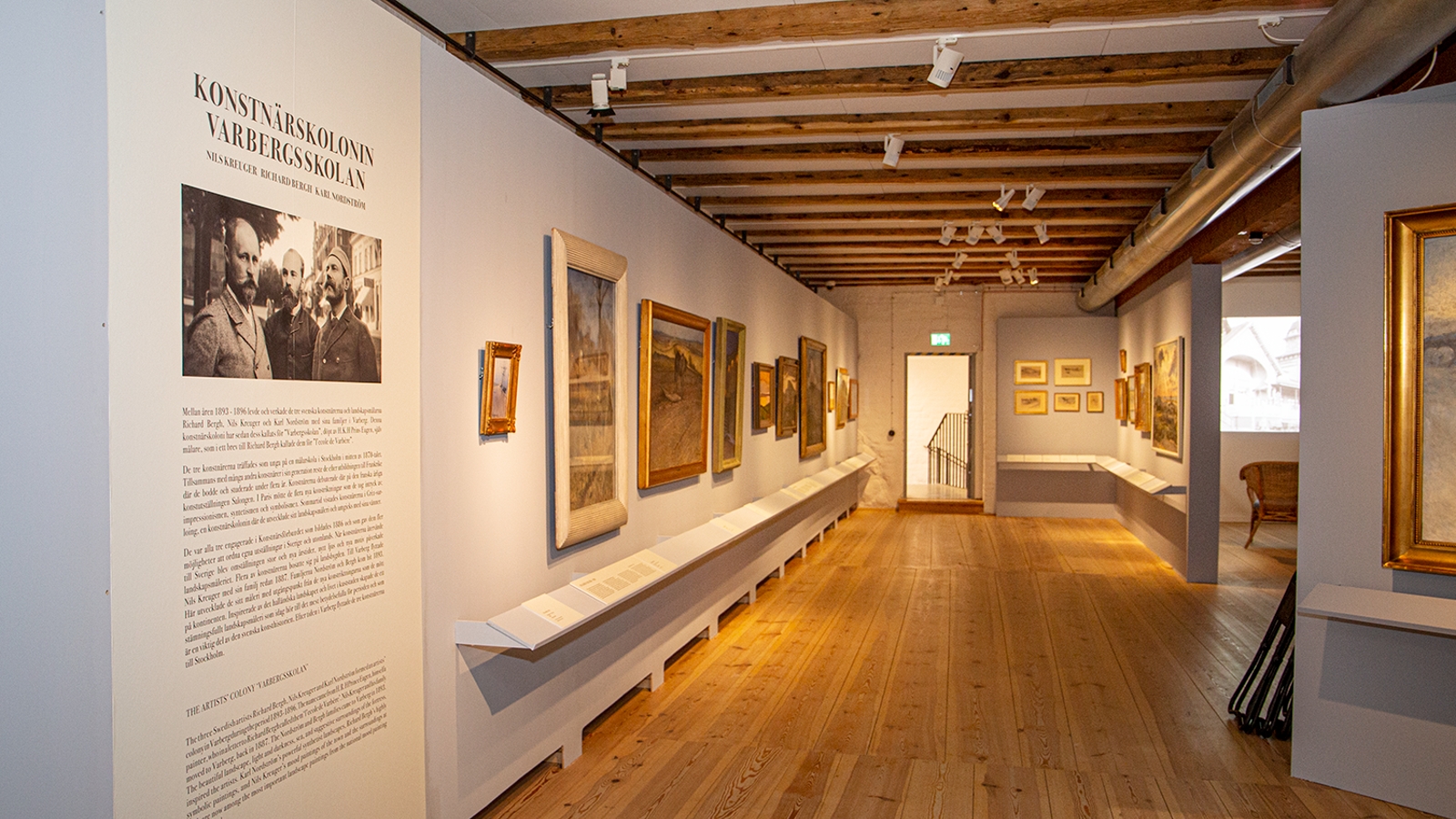 In a letter from H.K.H Prince Eugene to Richard Bergh, the prince gave the artist colony the name ‘l’ecole de Varbère’ (Varbergsskolan).

The three artists Richard Bergh, Nils Kreuger and Karl Nordström met at young age at a painting school in Stockholm in the mid-1870s. After a period in France, including in Paris and with stays in the artist colony in Grèz-sur-loing, they returned to Sweden.

Nils Kreuger and his family first moved to Varberg in 1887. The Nordström family and Bergh came to Varberg in 1893. In Varberg they developed their painting based on the new art directions; impressionism, synthism and symbolism, which they encountered on the continent.

Inspired by the Landscape of Halland and life in the coastal city, they created an atmospheric landscape painting that today is one of the most important for the period and which is an important part of Swedish art history. After their time in Varberg, the three artists moved to Stockholm.

Richard Bergh (1858–1920) was born in Stockholm, the son of an artist and professor. He came to Varberg with his second wife Gerda and three young children. Here he worked mainly with the large symbolist painting “The Knight and the Maiden”, where the locals acted models. In addition to his landscape painting, he is known for his many portraits. He wrote books and became a hired exhibition curator and eventually director of the National Museum in 1915.

Nils Kreuger (1858–1930) was born in Kalmar, the son of a shipowner. He settled in Varberg as early as 1887 with his wife Bertha and their daughter. The first paintings from Varberg are in an Impressionist style with  studies from the city, the sea and the countryside. Nils Kreuger is best known for his landscape paintings with animals. After moving to Stockholm, Nils Kreuger returned to Varberg during several summers. In the exhibition we can follow his development as an artist for a twenty-year period until 1909.

Karl Nordström (1855–1923) was born on Tjörn, the son of a sheriff. He came to Varberg with his wife Tekla, who was also an artist, and three young children. In France he had painted in an Impressionist style but back in Sweden he developed a synthetic approach to the landscape, inspired by the artist Paul Gauguin.

In Varberg he painted many works with Varberg Fortress as a motif. He was president of the Swedish Artists’ Association from 1896 – 1920 and a teacher at the association’s own art schools.