A FORTRESS TO PROTECT THE CASTLE

Wardberg Mountain, around which the fortress was built, has a long and colourful history. It has been at the centre of many battles between Sweden and Denmark. After two bloody sieges between the countries in the 1560s, the Danish king decided that the castle on the mountain must be better protected. The for Varberg Fortress was born. 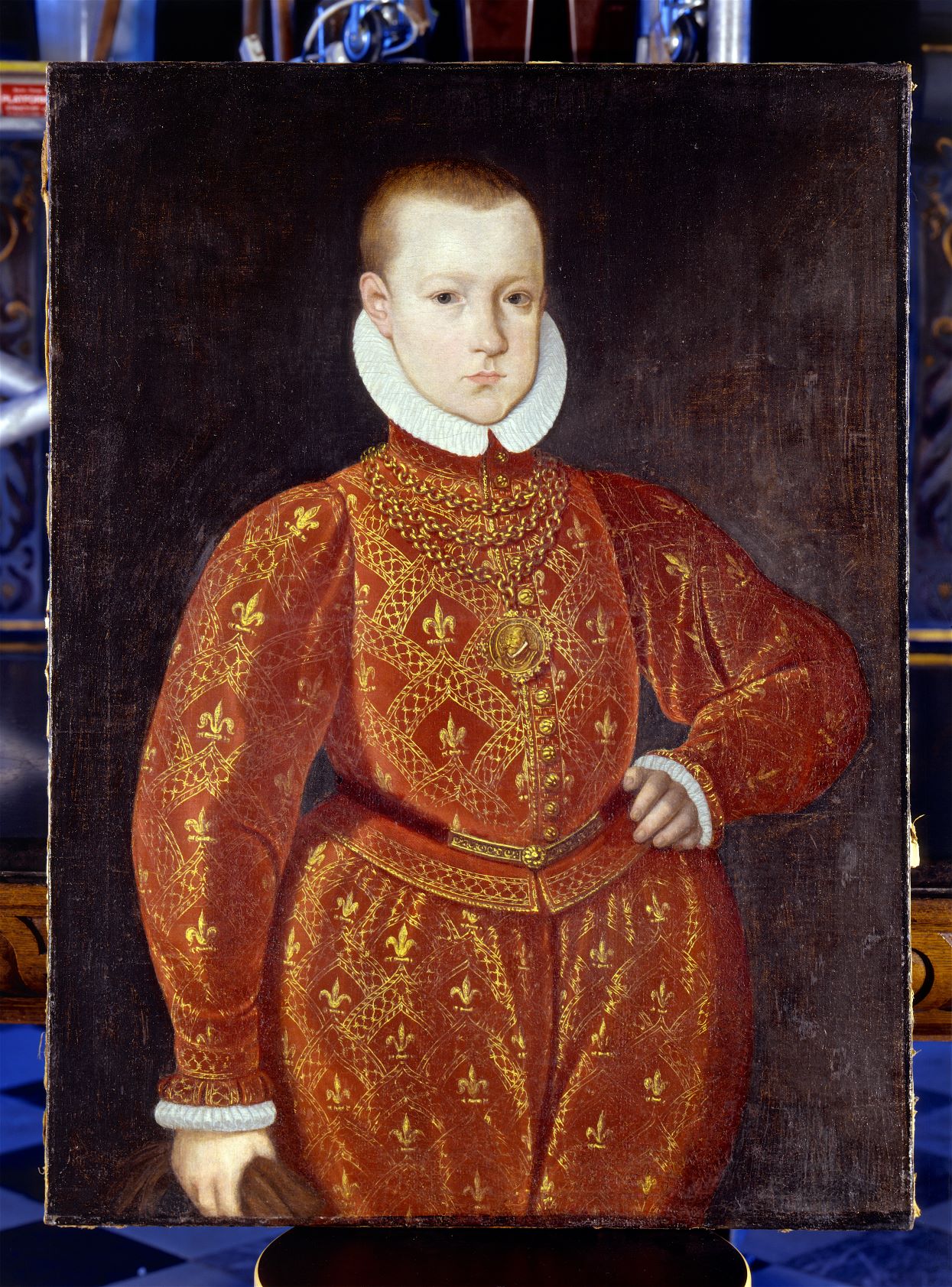 Christian IV (1577–1648) ruled over Denmark and Norway for a full 60 years. During that time, he had fortifications and towns built around the kingdom. He was not yet born when work on the construction of Varberg Fortress began. When construction entered a more intense phase in the 1580s, he was still just a little boy, about as old as in this portrait. 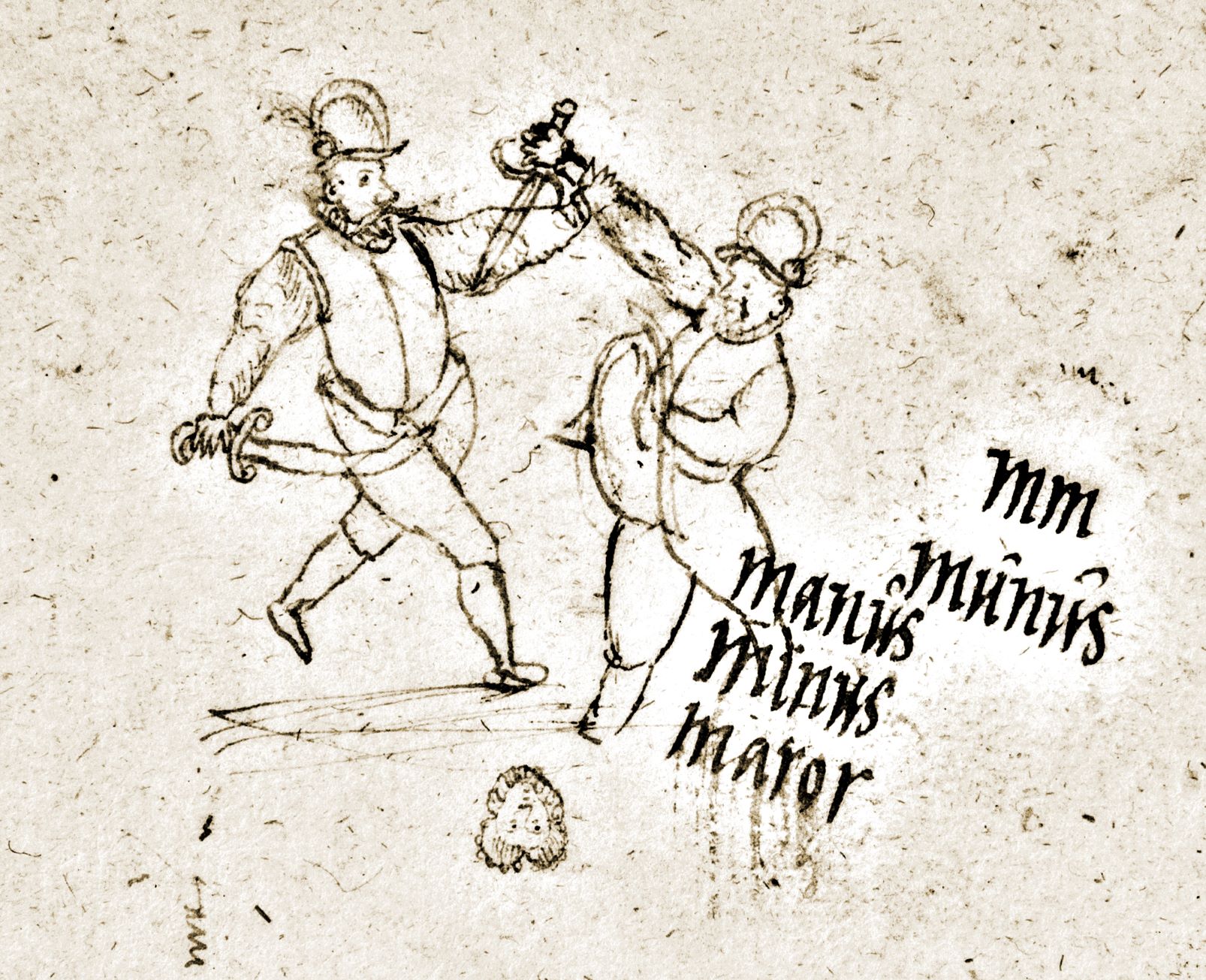 Here the young Christian has scribbled in his exercise book. Maybe he was tired of listening to the teacher? 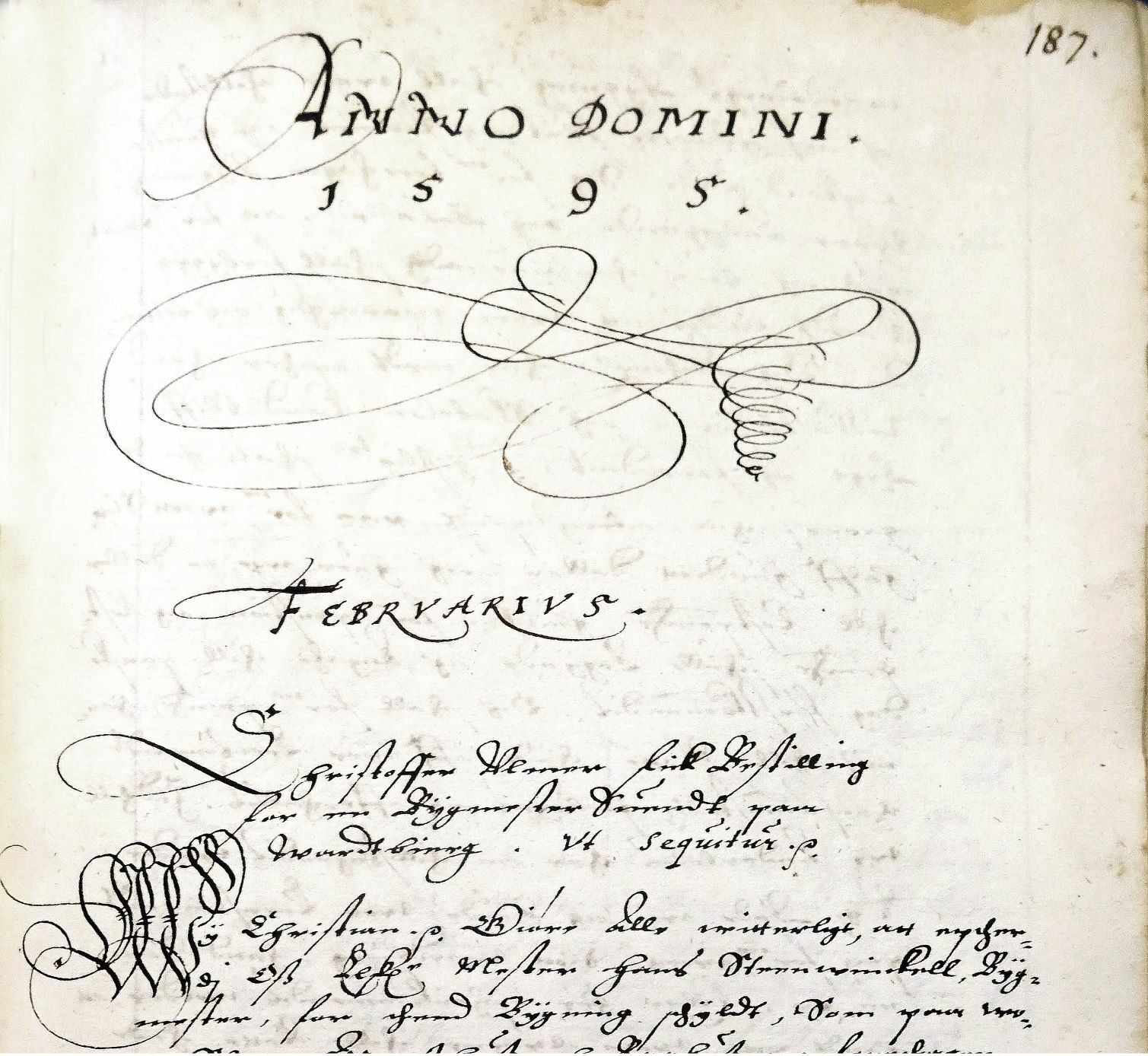 In 1594, the Government wrote in a letter to the nobility in Varberg County that they were now working on an “important and big buildning for the fortification of the Varberg Castle”. Fortress construction was in full progress. A letter from Christian IV to Steenwinckel, dated 2 February 1595. Steenwinckel is urged to ensure that the buildings are “warlike and durabledurable and permanent”.

The architect behind Varberg Fortress, Hans van Steenwinckel, was born in Antwerp around 1545. He came to Denmark as a master bricklayer in the 1570s. A few years later, he was appointed Royal Building Master and later Government Architect.

It was probably in 1589 that he visited Varberg for the first time. He had by then been commissioned by the government to build, not only Varberg Fortress, but also the fortifications for Akershus and Bohus. In the 1590s Steenwinckel lived with his family – wife Inger and their children – in Varberg, but in 1599 they moved to Halmstad. The king had new plans and now Halmstad, just like Kristianopel in Blekinge, was to be fortified.

Hans van Steenwinckel never got to see Varberg Fortress completed. He died from the plague in 1601 and is buried in St. Nikolai Church in Halmstad.

Steenwinckel’s work in Varberg was taken over by one of his closest collaborators, Jacob Cornelissen. After only a couple of years, he also died and Michel Jungmandt was appointed new master builder.

One of the most important manuals of the time in the art of building fortresses was Architectura Von Vestungen by the fortress architect Daniel Spechlin. Steenwinckel owned his own copy of the book, which is now available at the Royal Library in Copenhagen. He has signed his name on the inside of the cover.

Michel Jungmandt worked as a master builder on the construction site for 14 years before his employment ended in 1617. A few years later, he got into trouble when the castle lord Mogens Gyldenstierne suddenly began to doubt his loyalty. Jungmandt had made inappropriate comments and the castle lord was worried that he, with his great knowledge of the construction of the fortress, was secretly working on behalf of the Swedes. The matter was resolved when it was revealed that some drunken soldiers had spread the rumours about the builder. In a letter to the king, the lord of the manor castle lord explained that Jungmandt was now back in his favour and he had granted his request to build his own house inside the fortress area. After that, Michel Jungmandt continued to carry out the work on the fortress from time to time. 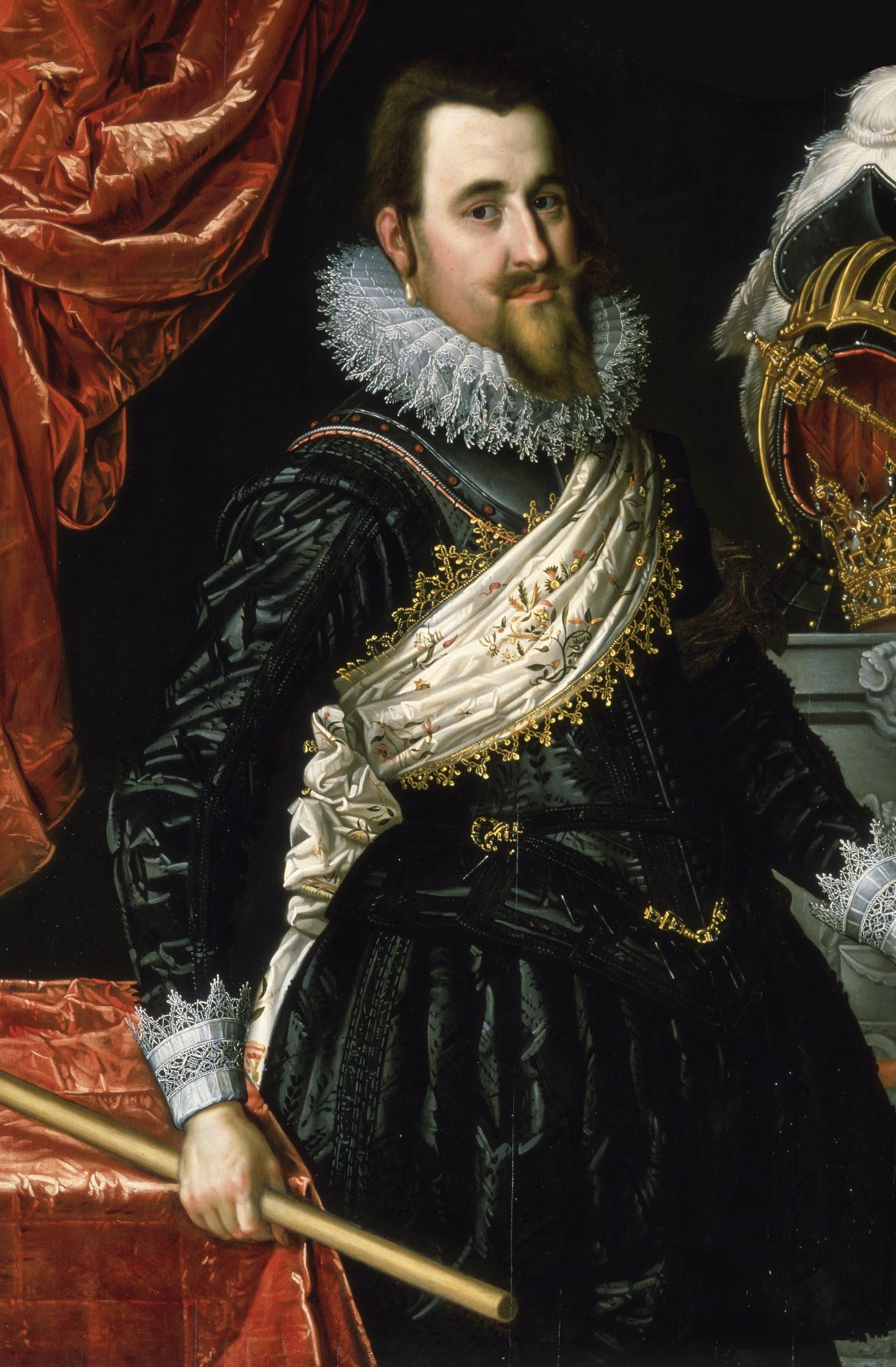 Christian IV, 1610s. The original painting is at Frederiksborg Castle in Hillerød, Denmark. 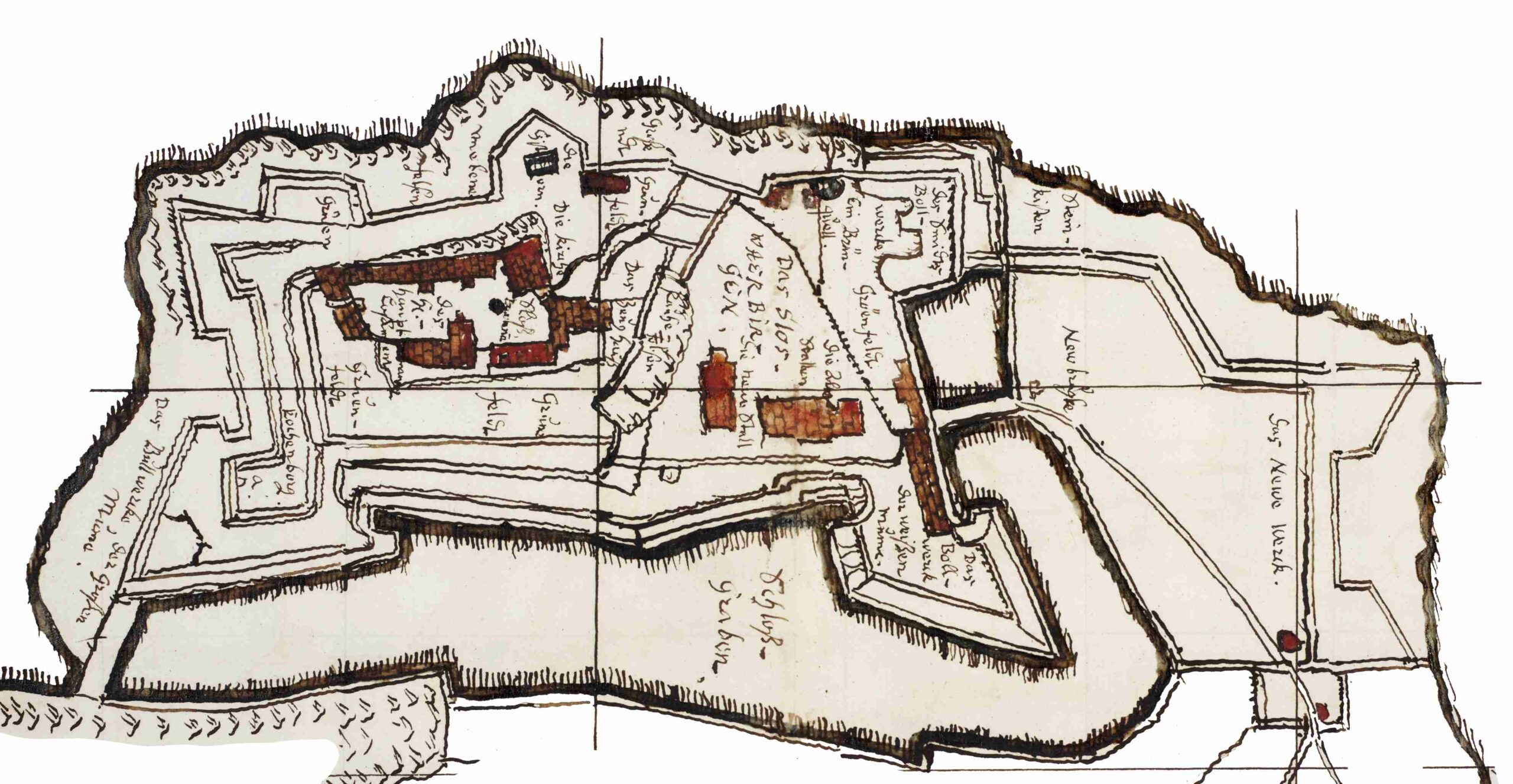 Johannes Mejer’s map of Varberg Fortress in 1638. The original is kept at the Royal Library, Copenhagen. 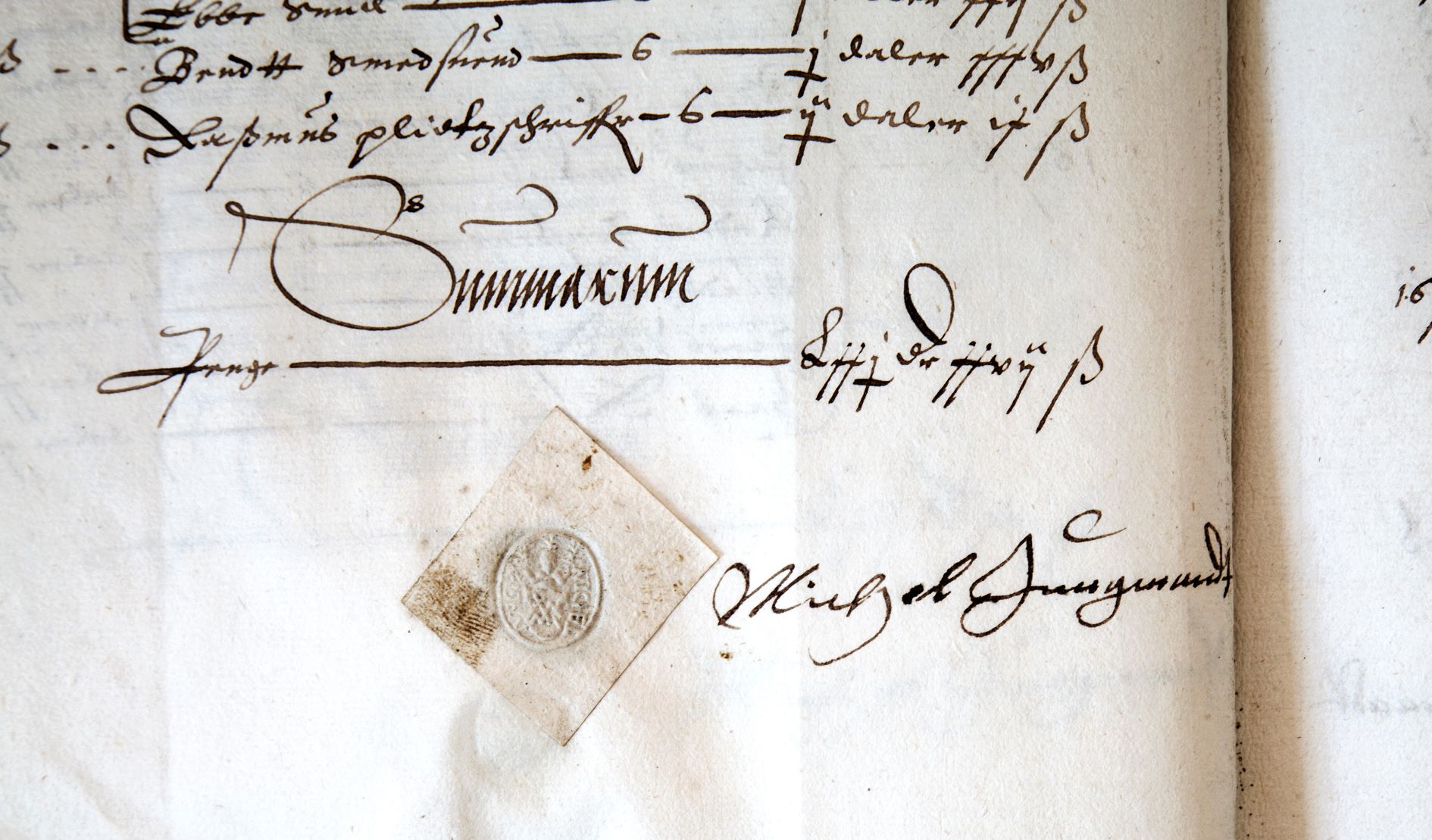 Christian IV (1577–1648) ruled over Denmark and Norway for a full 60 years. During that time, he had fortifications and towns built around the kingdom. He was not yet born when work on the construction of Varberg Fortress began. When construction entered a more intense phase in the 1580s, he was still just a little boy, about as old as in this portrait.

The castle lord or feudal lord was a nobleman appointed by the king to handle the administration of the various counties in the country. His task was, among other things, to ensure that those living in the county complied with the law and paid taxes to the king.

Mogens Gyldenstierne was responsible for the last years of construction. He had orders from Christian IV to ensure that the peasants did not shirk their daily work on the fortress construction. During the war against Sweden in 1612, he was even asked to hang peasants who did not obey him. After a few years, Mogens began using false measures and weights when the peasants came to the fortress to pay taxes to the king. In this way they paid too much and the lord of the manor could sell what was left over and become richer at the expense of the peasants. Two peastants who protested against the false measures were beheaded against the orders of the king. Mogens Gyldenstierne was deposed and fled to Holland where he later died.

Castle lords during the construction period