Home  /  THE BOAT MUSEUM IN GALTABÄCK 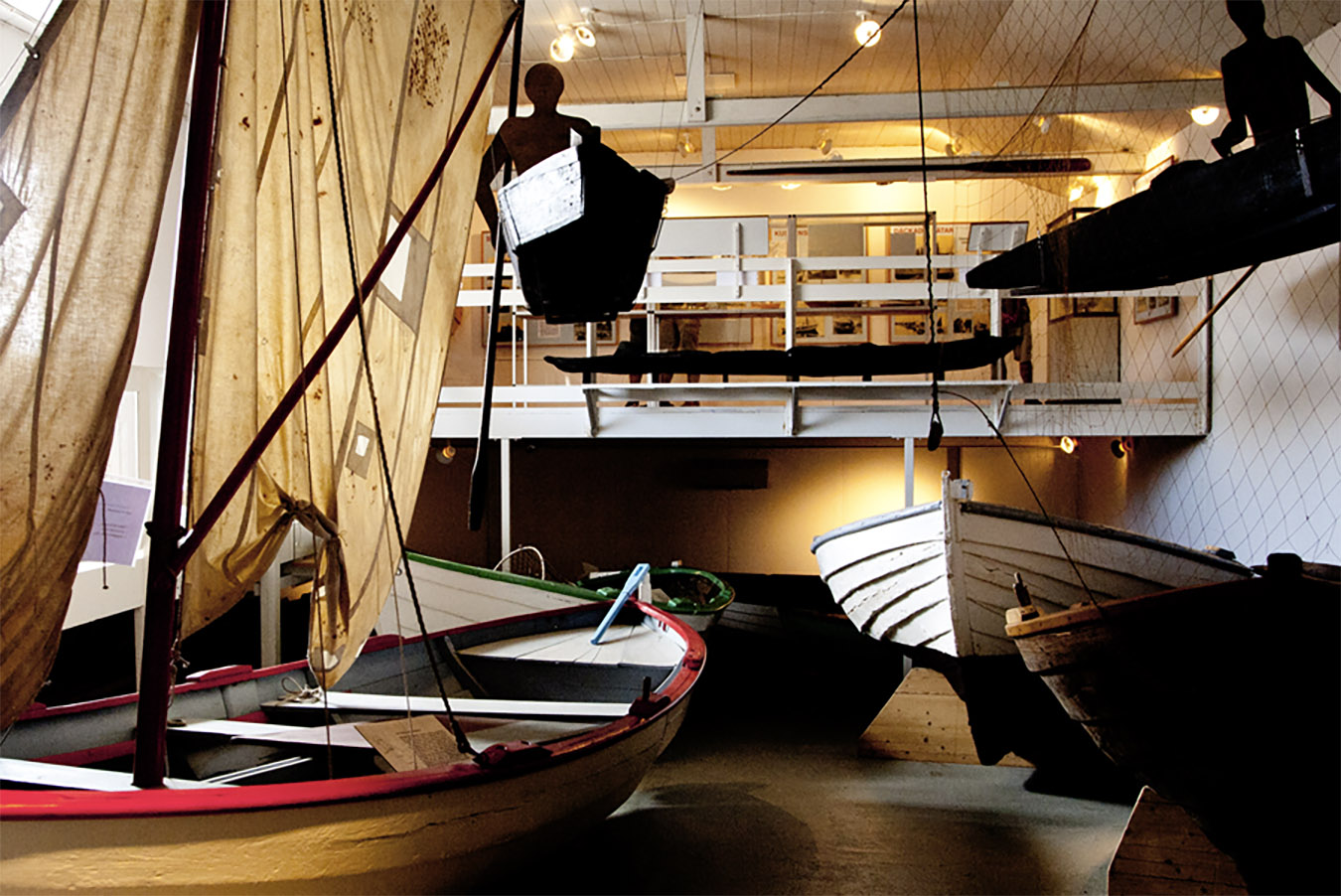 THE BOAT MUSEUM IN GALTABÄCK

The boat museum in Galtabäck is located in Galtabäck’s harbor and is open during the summer season.

The Boat Museum shows the preserved keel from the Galtabäckskeppet dated to 1195 and pictures that tell about the excavation and the find. The find can also be seen through the large window when the museum is closed. The project with extension has taken place in collaboration between Galtabäcksskeppet bygglag, Hallands Musuem of Cultural History  and Varberg municipality  .

Throughout history, people have fished with handlines, haddock slopes, hives and fishing nets. The tool hand string is already known from the Bohuslän rock carvings. The hand string is a simple string with a hook and sinker. Cod, flatfish and mackerel were mainly caught with handline. The hooks could also be linked to slopes. Lobsters and crabs were caught in the hives. The trawls have been known since the Middle Ages for herring fishing. The “beach sitters” were a social group that emerged in the early 19th century. They lived mainly on fishing. For them, day labor for farmers was often a prerequisite for getting a beach sitting place where you could build a small croft and break a piece of land on the heath.

Fishing for salmon has been of great importance to Halland. It is believed that fishing with fixed gear, i.e. Salmon farms and bottom nets are the oldest method. It has also been the most economically significant method before the larger watercourses began to be used for the extraction of electricity. During the last hundred years, this fishing has been moved out to the sea coast and through it, the typically Halland salmon cane has come into use.

The Halland herring fishing with drift nets began in 1877 in Träslövsläge. In the 1890s, they also started fishing for mackerel with drift nets. The drift nets are set at sunset. The yarns are marked with a barrel with a lit kerosene lamp. Boat and gear drift with current and wind all night. At sunrise, the net is rolled up on the boat and the catch is taken care of. Then it is important to hurry home to get the best possible price for the catch.

Introduced from Denmark to Halland via Gothenburg in the late 19th century. The catching method quickly became popular and the Halland fishermen benefited from the many banks with smooth bottoms close to home ports. The engine power came into use quickly in spinning rod fishing and at the turn of the century it was possible to cool the catch with ice directly on the boat. When the boats got engines, it became possible to set the nets directly from the fishing boat. Through this, it was possible to fish in deeper waters and broaden the catch from flatfish to roundfish, mainly haddock.

Although trawling came from England to Bohuslän as early as the end of the 19th century, it was not until after the First World War that it began in earnest in Halland. The development of the hull shape of the boats and the larger engines on the boats was crucial. Simply put, the trawl is a large net bag that is towed through the water by one or two fishing boats. For trawlers, it is important to know what the seabed looks like, otherwise there is a risk that the expensive gear will be damaged by rocks, rock ledges or wreckage.