Home  /  History of the fortress 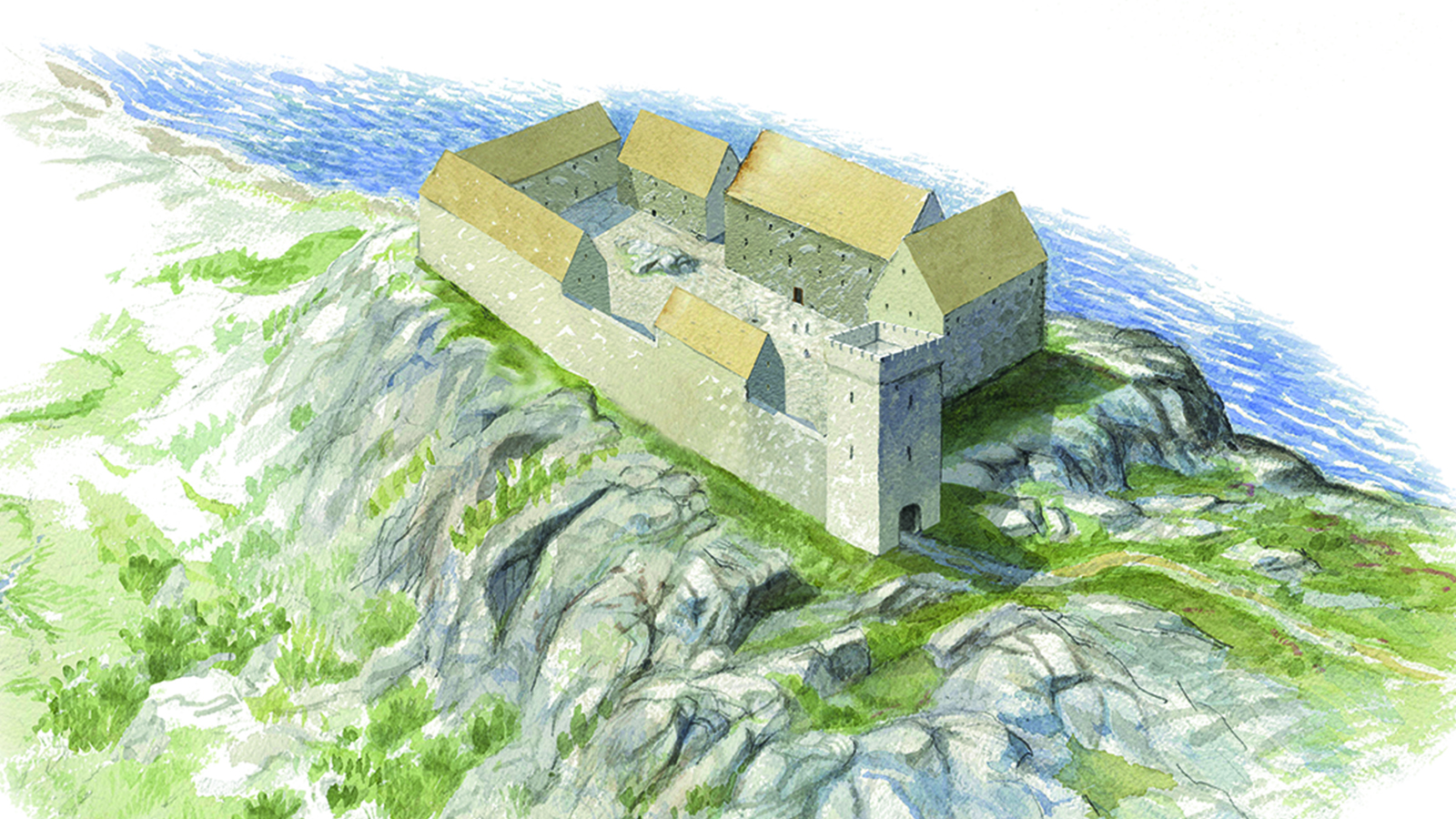 The history of the fortress

Long before Varberg Fortress was built, Wardberg Mountain was used for surveillance. The first part in the name of the mountain – Ward – means guard.  If enemies approached from the sea, guards lit a large fire on the mountain as a signal for defense.

At the end of the 13th century, a castle was built on the mountain. The person who ruled the north of Halland at the time was the Danish count Jakob Nielsen. He was accused of complicity in the murder of The Danish King Erik Klipping in 1286. To protect against his enemies, he built a stone castle that was completed around the year 1300.

The north side of the castle remains from this time.

The 14th century was a troubled time for the people in Halland. Between 1305 and 1365 Varberg changed ruler – and sometimes even kingdom – no less than eight times. Varberg became one of the crown’s castles. The Norwegian Princess Ingeborg Håkonsdotter, her son the Swedish King Magnus Eriksson and his wife, Queen Blanka are royals who the castle of Varberg has housed. From 1365 the situation had stabilized and Denmark ruled Varberg for almost 300 years.

By the 16th century, the arsenal of weapons had developed. The use of powerful cannons meant that older castles and fortifications could no longer withstand attacks without being reinforced. Between 1563 and 1570, the Nordic Seven Years’ War took place between Denmark and Sweden. In the battle for Varberg between the Danish King Frederick II and his Swedish cousin Erik XIV, the castle was shot to rubble by Swedish troops in the autumn of 1565.

Four years later, in the autumn of 1569, the Danes managed to reclaim the castle and realized that something had to be done to defend the site better in the future. The castle building’s defensive structure with stone walls around a courtyard was no longer enough. An external defense was built with large, stone-clad earthen embankments and bastions to resist enemy cannon fire.

Construction of the fortress began in the 1570s but entered a new and more intensive phase in 1588. On the throne, the 11-year-old King Christian IV was placed under a guardianship government. For the role of architect behind the design of the fortress, Denmark’s national builder – Dutchman Hans van Steenwinckel the Elder, was chosen.

The fortress building was a huge construction project that involved large parts the population of Northern Halland. In addition to all the carpenters, brick burners, blacksmiths and other craftsmen who worked on the construction, about 1,000 farmers were engaged in transporting stone and earth to the construction. The work was part of their tax payment. It is estimated that the total number of days’ worth of labour from Halland’s farmers during the 30 years between 1588 and 1618 was about 2 million.

Varberg Fortress was completed in 1618 as one of Europe’s most modern fortresses, but was thereafter never involved in any war. In 1645, the peace of Brömsebro was concluded, where it was decided that Halland and Varberg should belong to Sweden.

The Swedish military managed the fortress during the more peaceful 18th century. There is an extensive collection of blueprints from this time that shows, among other things, the many repair works that were going on.

In various parts of the fortress prisoners were kept, especially those who were considered a danger to national security. One of them was Major General Pechlin, who was accused of complicity in the murder of the Swedish King Gustav III in 1792. Pechlin served as a confessional prisoner in two quite comfortable rooms from 1792 to his death in 1796.

In 1830 Varberg Fortress ceased being a military facility. Instead, the Swedish Armed Forces invested in Karlsborg Fortress. It was suggested that Varberg Fortress should be blown up, but thankfully, that motion was denied.

Ever since the 16th century, the fortress had been used as a prison. Between 1848 and 1881, the number of prisoners reached its peak as the fortress became an institution for prisoners serving life sentences. At most, the prison had a capacity of about 500 prisoners at a time. The prisoners were among other tasks put to work in the quarry below the fortress. In 1856, a crown court was built for prisoners who were awaiting sentencing or serving shorter sentences.

During the 20th century, the fortress’ buildings were taken over by the museum, hostel and restaurants. In 1931, the last part of the prison, the so-called disciplinary company, closed. The fortress was step by step transformed into a peaceful place for cultural experiences and beautiful views.

Since the peace in Brömsebro in 1645, Varberg Fortress has remained untouched by the ravages of war, but naturally not from time and decay. Today, The National Property Board manages Varberg Castle and Fortress in cooperation with the tenant Halland Museum of Cultural History.